We drove over to Purdue for Homecoming this year because it was my class's 40th reunion. The reunion dinner was a bust -  we were lumped with all the other "off year" classes, the seating and entertainment discouraged mingling, so I only saw one classmate, Barry Stallard.

We stayed with my cousin Martha Jane, whose husband Bruce Harding is a prof in the ME tech school. She alerted us to some PU band fuctions, and it turned out to be more of a band event for us. Al and Gladys Wright hosted a party Fri. night in a historic Lafayette house where she is running a sort of dinner club - large parties only, by appointment.

It was a late game because of TV coverage, so Saturday before the game we attended a dedication of a bust of Prof. Wright outside the band entrance to the Music Hall, then the band did a short concert on the mall. We ended up behind the band at both the concert and the game, which had a familiar feeling.

I won't go into how the campus has changed and will get right into the pictures. That is my wife Pat on the left and MJ on the right. 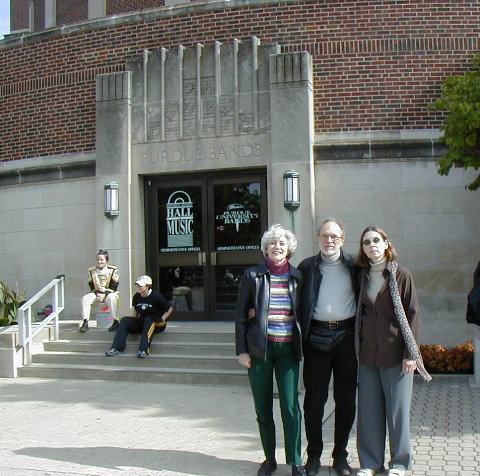 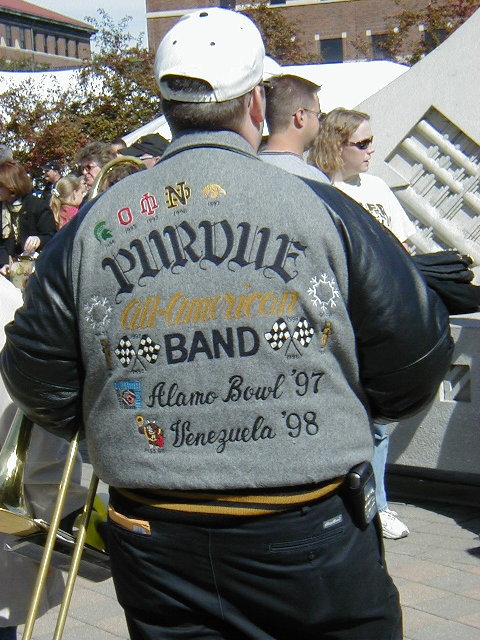 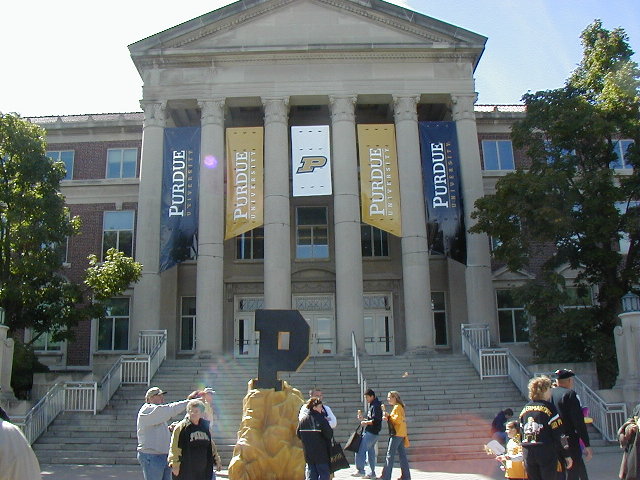 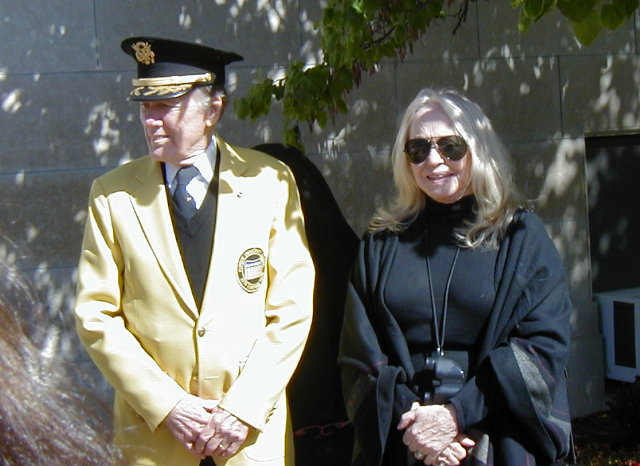 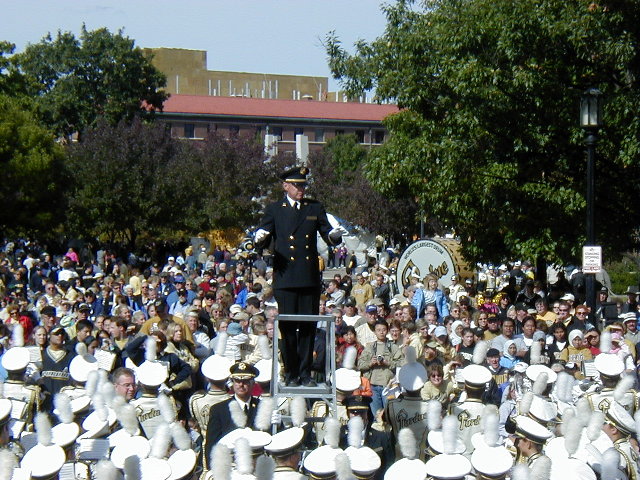 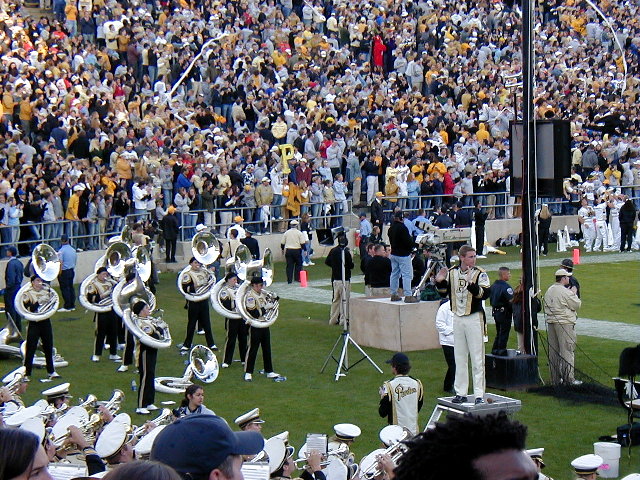